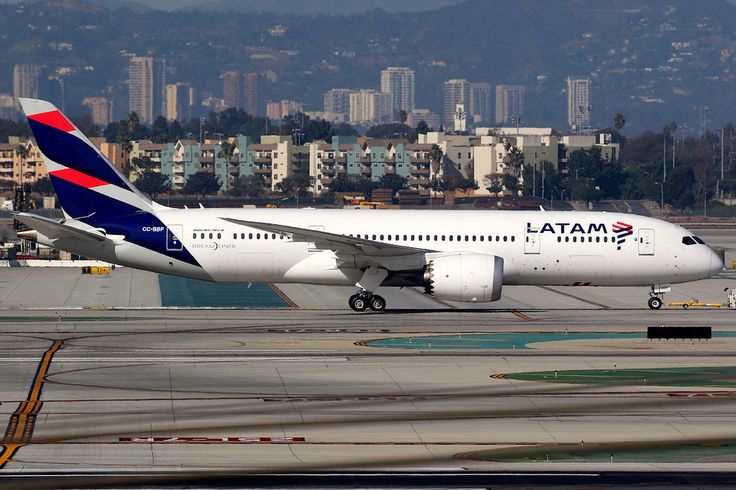 The Chamber of Airline Companies in Argentina (Jurca), which brings together foreign airlines, supported the request of LATAM Argentina to use the so-called “interchange” of aircraft of different registration to cover the route that the company covers daily between Ezeiza and Miami, USA.

That request from LATAM Argentina was formulated at the beginning of the year, but it became the subject of a political conflict since 164 pilots of that airline backed the company’s request and asked the pilots’ union, APLA, to leave the free hands.

The response of APLA was a measure of covert force, on Friday, against the government’s commercial aviation policy, as expressed by the owner of the union, Pablo Biró. But in addition to protesting against the agreement that the government signed with the United States aeronautical authority, which eliminated the top flight frequencies between the two countries, Biró said that the “assemblies” were also against LATAM Argentina and its policy of “giving routes “to other group subsidiaries.

Through its executive director, Felipe Baravalle, Jurca expressed his “rejection” of the “abusive union measures such as those that affected air operations last Friday, on the eve of the start of the long weekend.” In a statement, the entity added: “This type of untimely attitudes only affect passengers and deeply hurt the companies that generate quality employment in our country.”

The entity also “celebrated” the amendment to the Bilateral Agreement recently signed between the governments of the United States and our country, “which will facilitate operations between both countries, provide equal opportunities for the opening of frequencies and bring benefits to passengers and workers.” Argentines “.

On the end of the statement, Jurca defended the request of LATAM Argentina, a subsidiary of the Chilean-Brazilian airline that is one of the main members of the chamber. “We support the implementation of operational modalities already in place around the world, such as the exchange of aircraft, which will allow local companies not only to maintain their current routes and operations, supporting Argentine employment, but also offer a better product to passengers and customers, by providing greater flexibility of itinerary, better service and more modern and efficient aircraft operating in our country with Argentine crews, “added the statement signed by Baravalle.

On Saturday the head of LATAM Argentina, Rosario Altgelt, told Clarin that the company will no longer be able to fly to Miami with its current plane, a Boeing B767 with an Argentine license number (LV) that is more than 20 years old, due to a change in the US aero-commercial regulations, which render obsolete the equipment of that plane.

For this reason, added the Argentine executive, LATAM Argentina asked to use the figure of the “interchange”, which consists of renting an airplane with registration from another country (in this case it would be nine more modern B767 aircraft, all of Chilean license plate) so that, Once landed in Ezeiza, board the Argentine crew and make the flight to Miami.

In the same way, another Argentine crew waiting in Miami returns that night to board a Chilean license plate (which may be the same or another of the nine available) to make the return flight to Ezeiza. The main difference is that Chilean planes do not remain stationed for the rest of the day, but take off to another destination, with another crew: those of Chilean and Ecuadorian origin joined, in the last year, crews of Brazilian origin. But in the case of the Ezeiza Miami route, Altgelt was adamant: “This route can only be covered with Argentine crews, as the Aeronautical Code requires, and that is how we have expressed it to the guilds.”

Altgelt added: “If we can not advance with this figure of the interchange, we will have to cancel the route between Ezeiza and Miami, since we will not have the equipment that is required from the United States.”